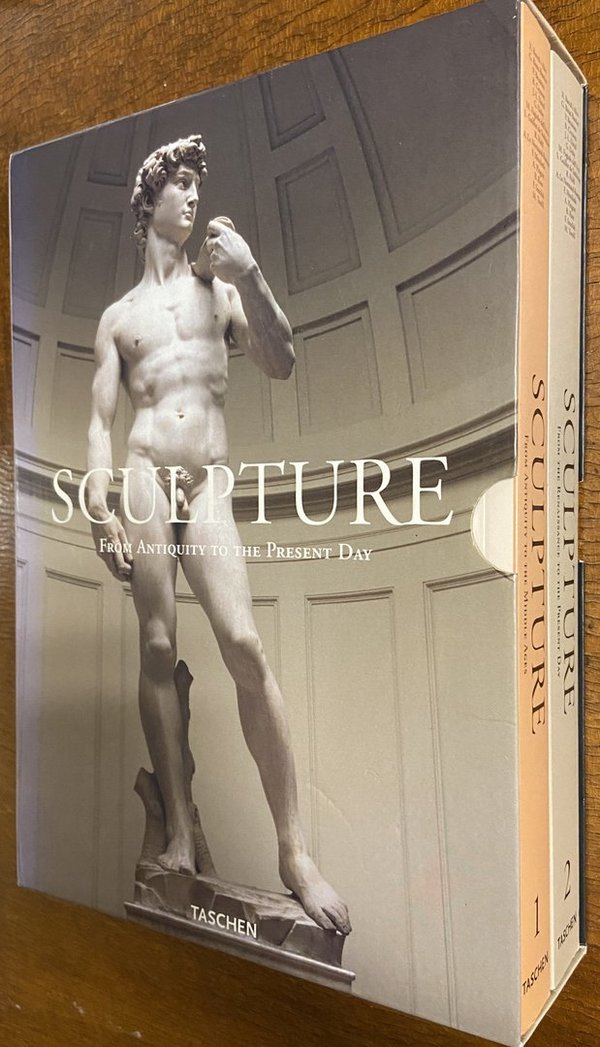 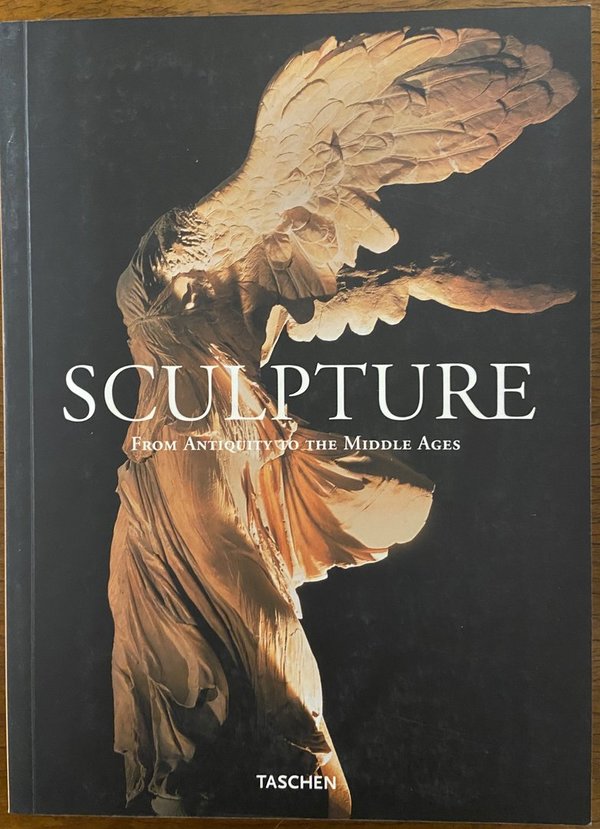 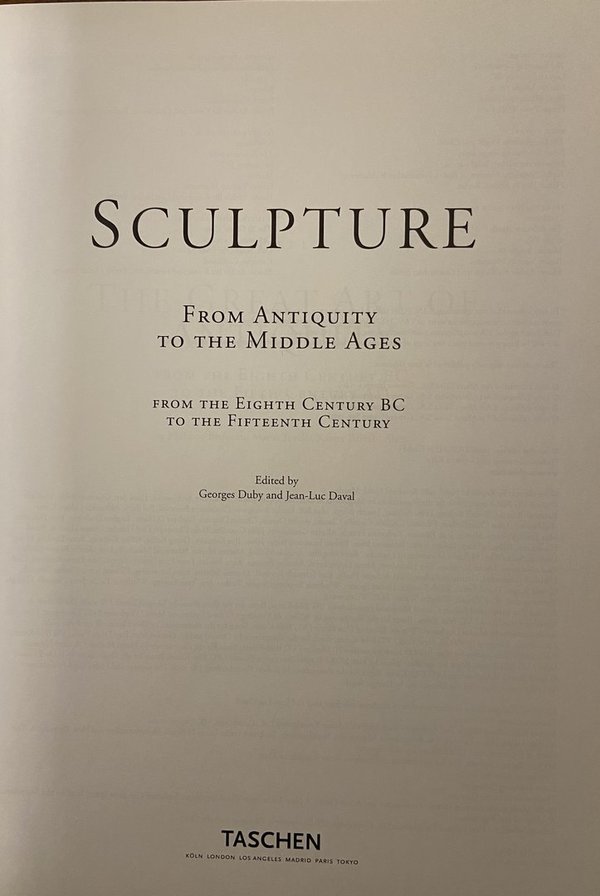 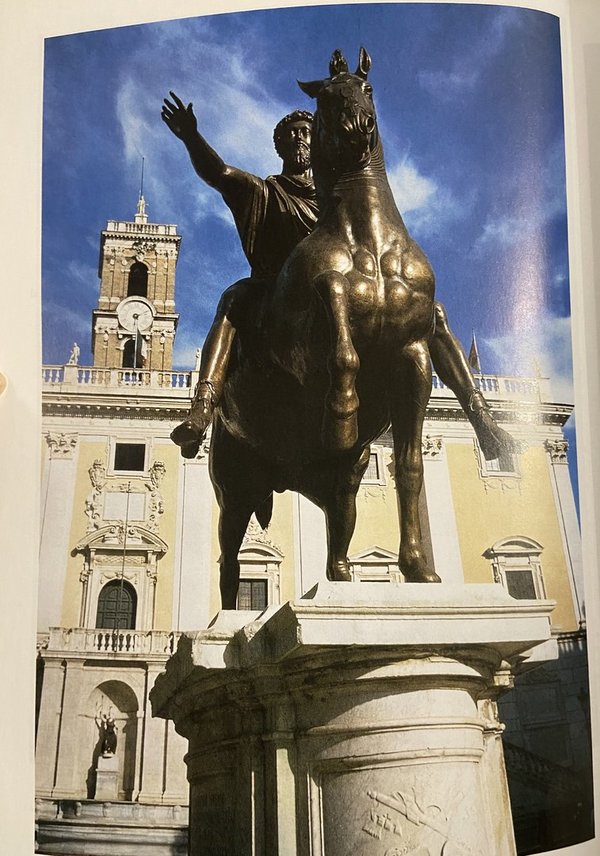 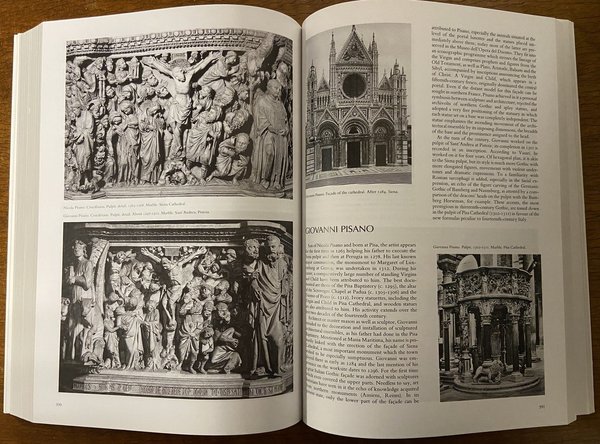 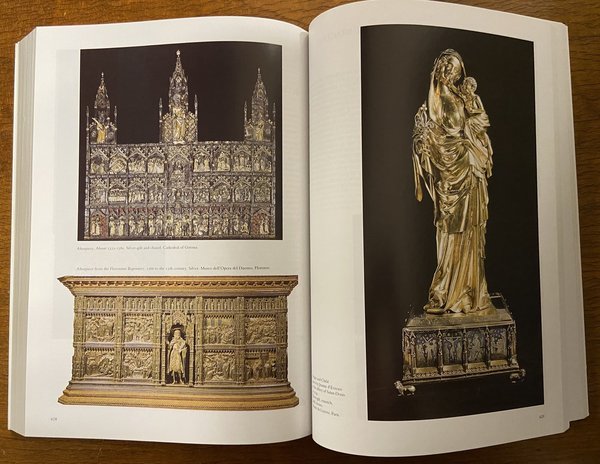 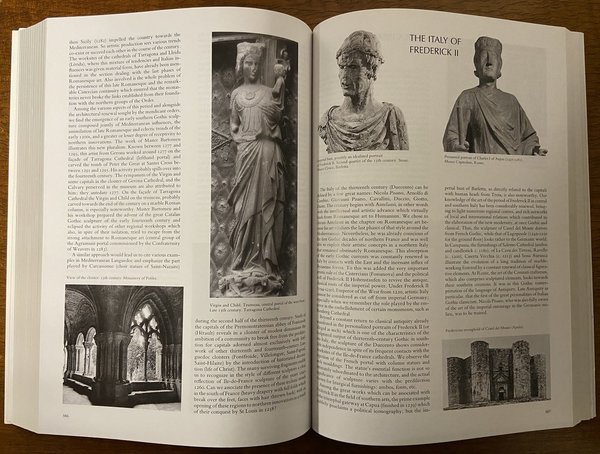 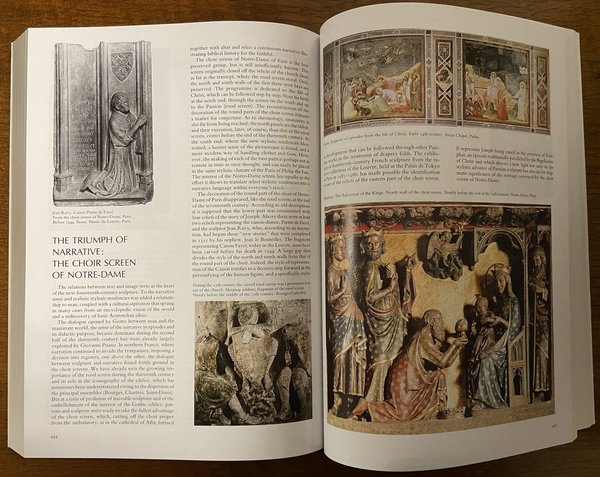 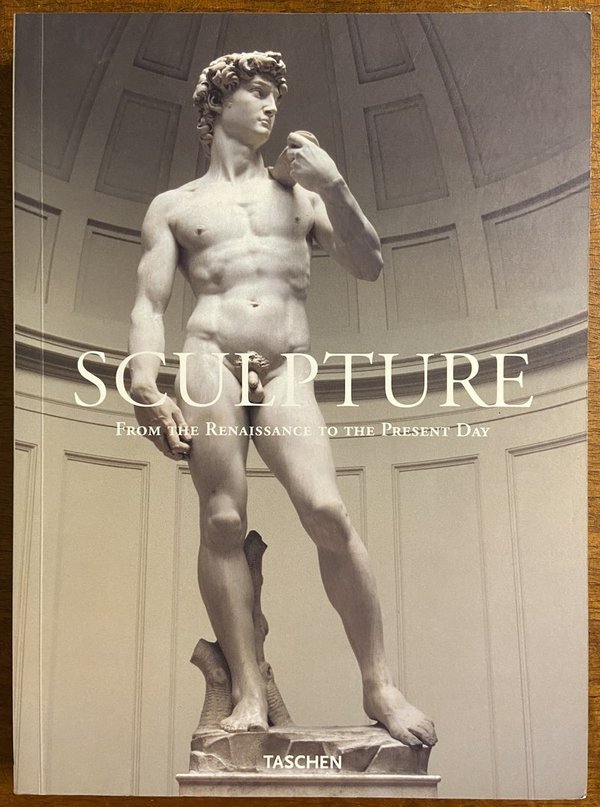 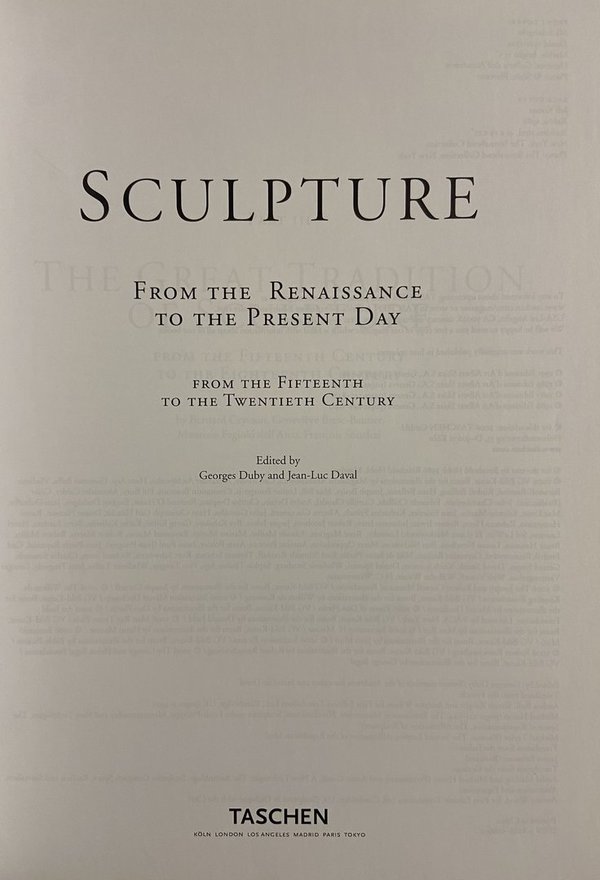 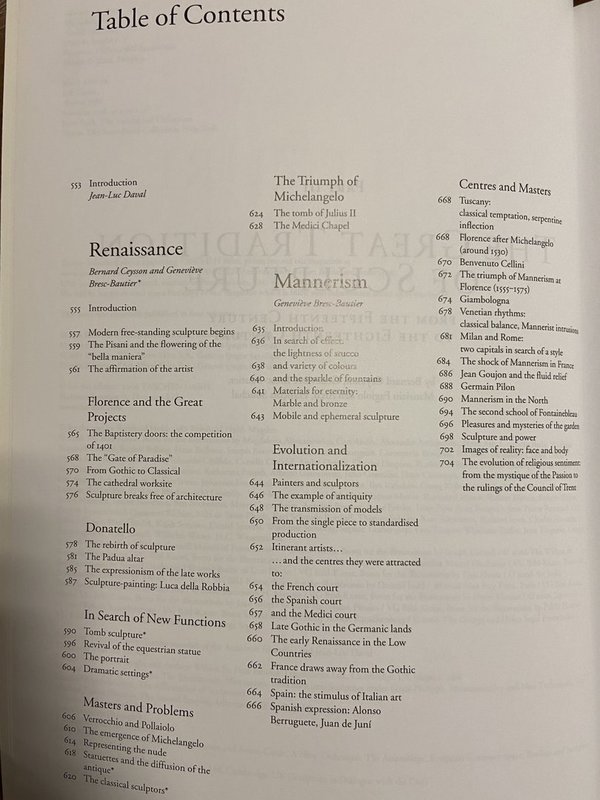 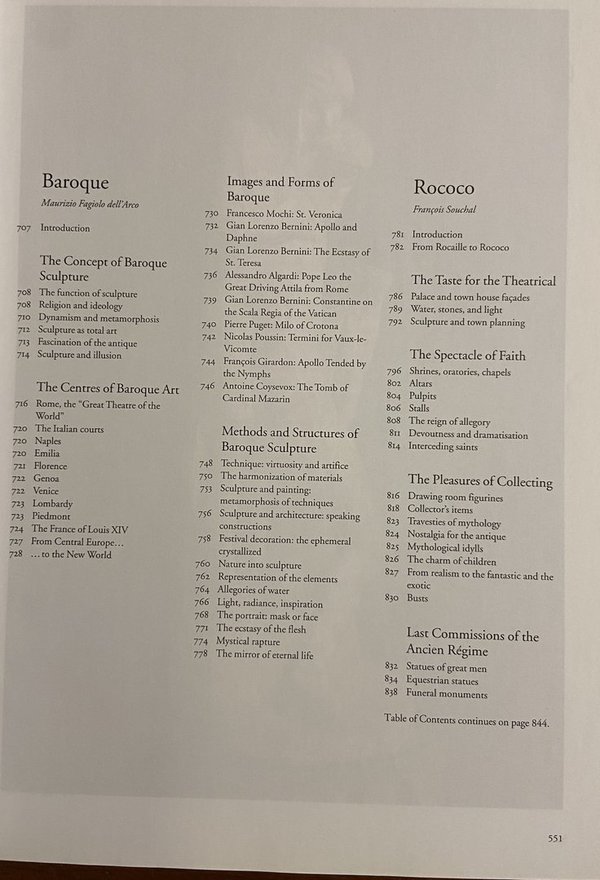 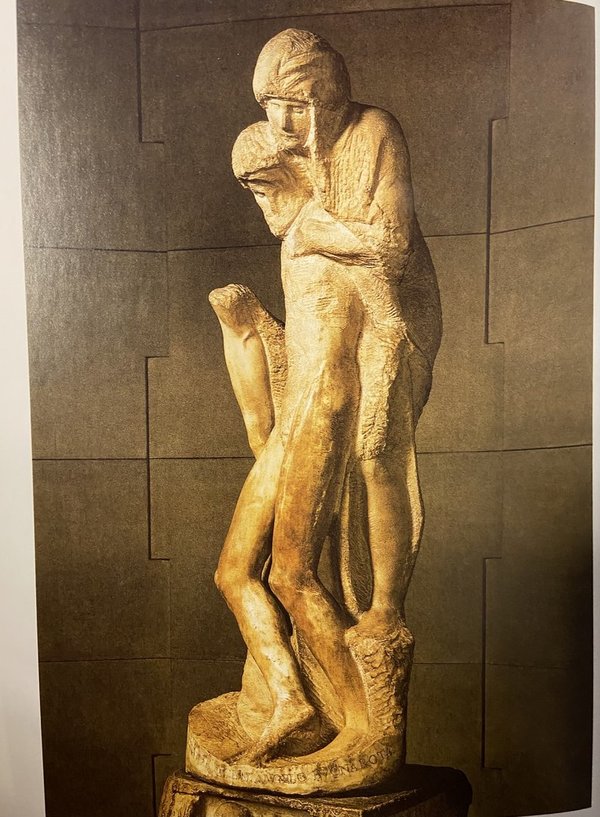 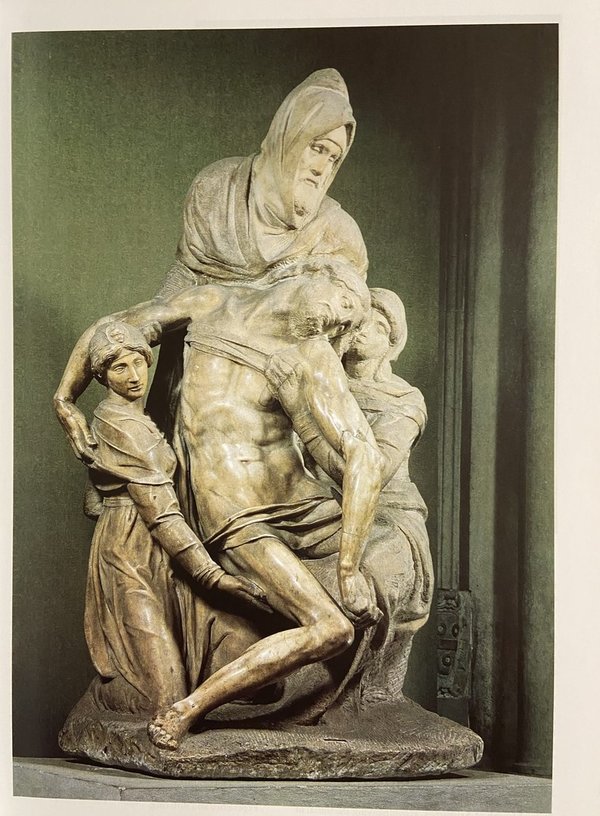 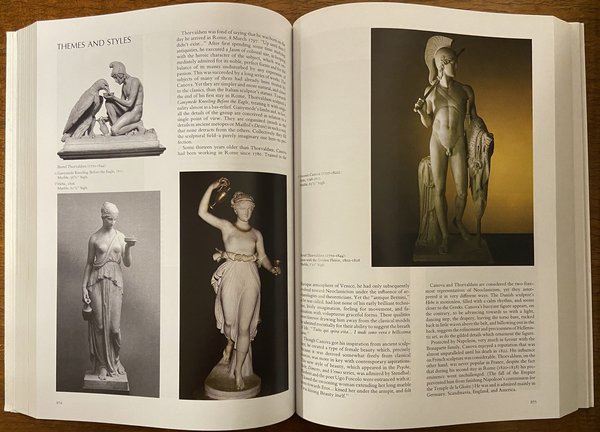 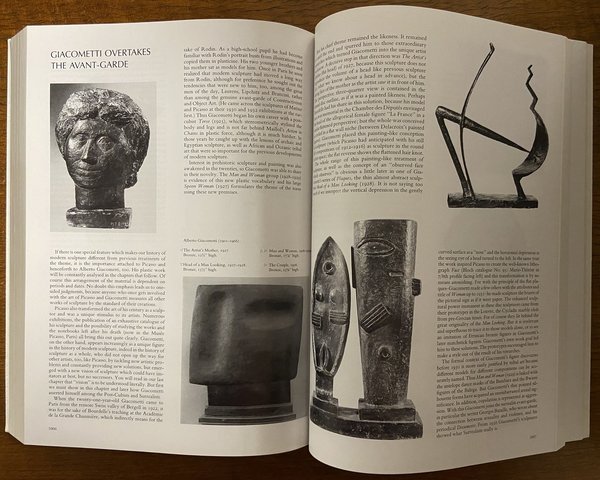 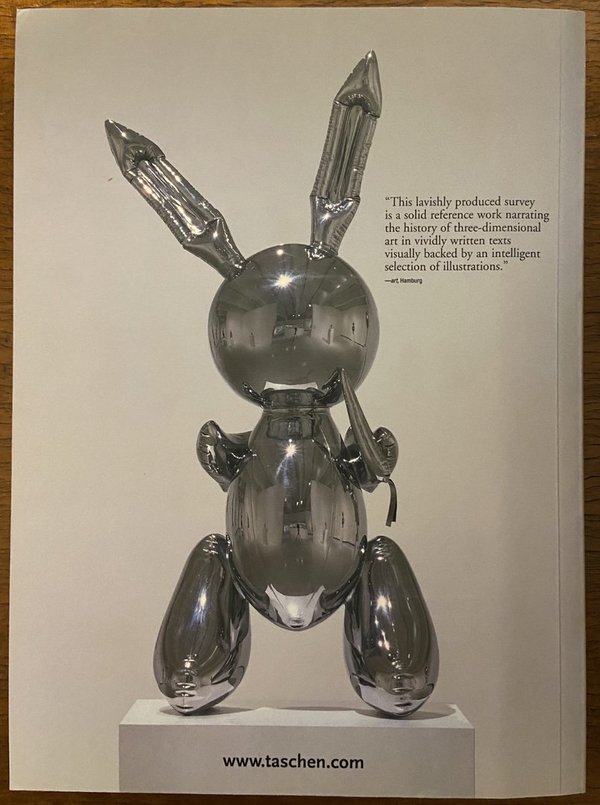 Sculpture from antiquity to the present day - 2 volumes - 3 parts

Part I: The great art of antiquity from the 8th century BC to the fifth century AD by Philippe Bruneau, Mario Torelli, Xavier Barral i Altet.

This book is devoted to the origins of Western sculpture in Greece, Etruria and Rome. The authors have drawn on a wealth of contemporary evidence, never viewing the works apart from the circumstances in which they were discovered, or from the historical an political context in which they were created. The have investigated sculpture's function in terms of its setting and the problems related to its commissioning and execution.

Part II: The great art of the Middle Ages from the 5th century to the 15th century by Georges Duby, Xavier Barral i Altet, Sophie Guillot de Suduiraut.

Extra informatie
2 volume paperback cassette. In volume I is part I and part II.