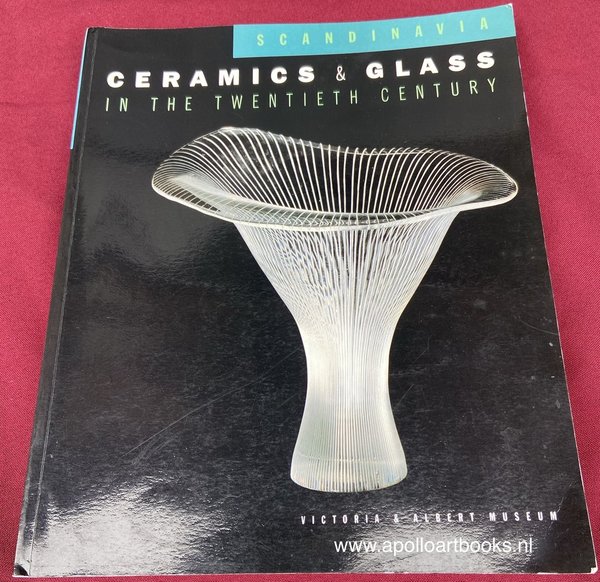 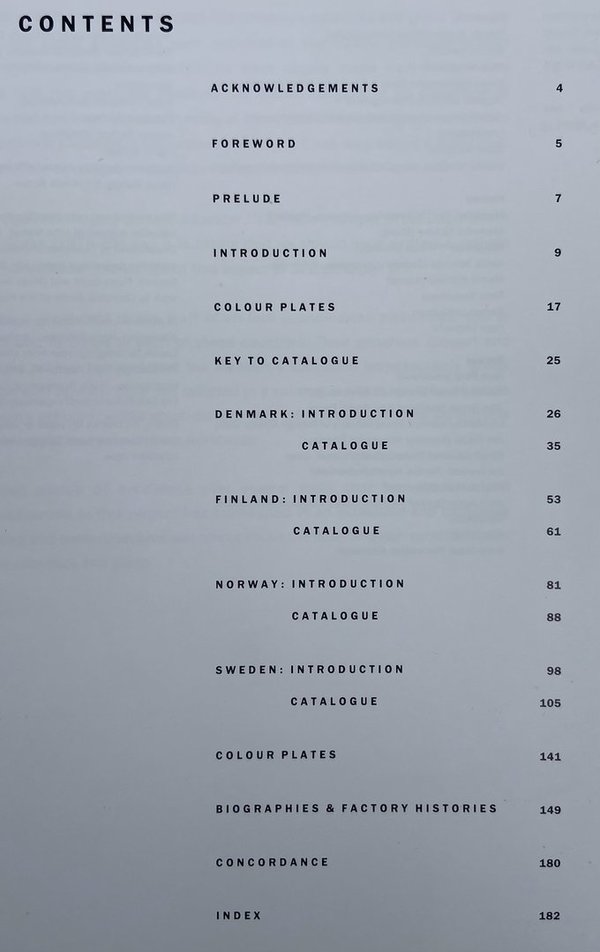 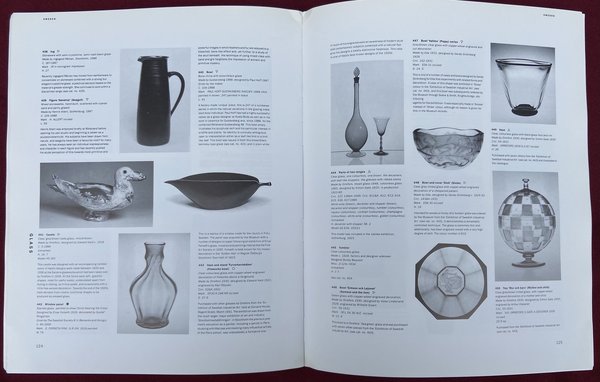 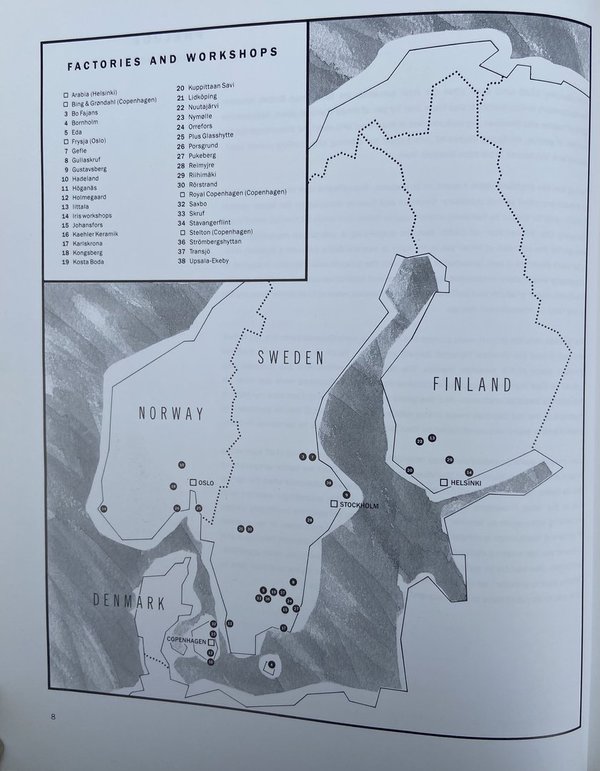 Paperback catalogue showing comparative material from all four Scandinavian countries. The history of the many ceramics and glass factories, their artists and designers is outlined against a changing social and political background. Scandinavian design, from the 1950s to the 1970s, was a by-word for modernism. Scandinavian style was the style to which all other designers aspired during that time and the Nordic designers were awarded all the major prizes. Earlier, during the 1920s and 1930s Scandinavian designers were establishing influential design concepts, and ceramics and glass production attracted many of the key artists. Masterworks are included: from Alvar Aalto's Savoy vase to Tapio Wirkkala's Kantarelli ; from the space-saving Praktika by Wilhelm Kage to tablewares by Henning Koppel. The great names in 20th-century industrial production - Royal Copenhagen, Gustavsberg, Porsgrund, Arabia, Orrefors and Iittala - appear alongside the stars of studio production like Gertrud Vasegaard, Kylikki Salmenhaara, Hertha Hillfon and Bertil Vallien. Lavishly illustrated with pieces by all major designers, this book reaffirms the V&A as the primary source of information on this topic outside Scandinavia.